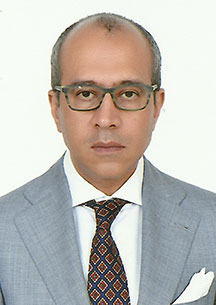 He is currently Member Planning Commission Task Force on Trade Facilitation and Regional Connectivity since May 2015 and Member Executive Committee of the Pakistan National Committee of the ICC Pakistan since December 2013. Mr. Sameer Hamid Dohdy is a graduate engineer & an entrepreneur and running his own business. He has served on the board of Pakistan Belgium Luxembourg Business Forum for almost a decade.

He is involved with a number of business and social organizations associations. Currently, he is also a member of Economic Freedom Network, Karachi Toastmasters Club, Shehri-CBE, Human Rights Commission of Pakistan and Arts Council of Pakistan.

His personal passion is working with a various civil advocacy groups as a volunteer because of his conviction that it only through raising public consciousness and effectively articulating citizen pressure that good governance can be implemented.

Mr. Sameer Hamid Dodhy has conducted a number of seminars to citizen groups. He has also participated in numerous lobbying efforts for better governance to local government officials and provincial parliamentarians.

His special interest is to strengthen Freedom of Information legislation and implementation for more effective governance. 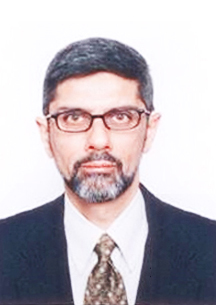 Mr. Zahid Dada is the Managing Partner of Steel Agencies Corporation (SAC) since 1985. He belongs to the well reputed business community of Pakistan.

SAC works with world renowned steel manufacturers as their representative and preferred sales channel for Pakistan.

He has served as the President of Pakistan Belgium Luxembourg Business Forum in 2005 -2006 and as Vice President for 2007-2008, 2009-2010 and 2011-2012. In his youth, he has had the honor to lead the Rotaract Club of Karachi as District Secretary, President and Director and as head of various committees.

He has completed his Bachelor of Mechanical Engineering from NED University of Engineering and Technology, Karachi in 1983 & certification course in Business Administration from UCLA, USA in 1985. 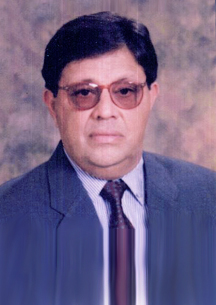 Mr. Takreem ul Haque completed his Masters in Industrial Economics from University of Brussels; He worked at a good position in Brussels for about 15 years. In 1989, he joined the Honorary Consulate of Belgium in Karachi . Later became the Honorary Vice Consul. He is serving Pakistan Belgium Business as Treasurer since 1997.Mr.Takreem ul Haque was awarded "Chevalier De L'ordre De leopold II" in the year 2014 for his longstanding contribution to Pakistan Belgium bilateral relations.

He assisted Embassy in their programs, in hosting trade delegations to Pakistan . He occupied himself with different governmental and promotional programs. He also assisted Belgian Company from 1989 to 1993 in various appointments of their personnel's having prolongation of their visas etc. constructing a Fishing Port in Gwadar. He is fond of playing tennis and cricket and has a strong grip on English, French and German. 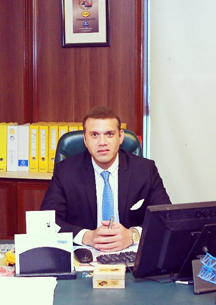 Mr. Syed Khuram Bukhari is a Civil Engineer. He completed his Bachelorette and Masters in Science from UK with his last degree of MSc. in Civil Engineering and Construction Management.

He has a strong passion for commerce and trade activities between Pakistan and other countries. His company M/s.Ahbab Associates represents various renowned European brands including construction, healthcare products supply and medical education and also collaborates with global NGOs for the betterment of society and diminishing poverty from Pakistan.

He is a frequent traveler to Belgium and Luxembourg for business dealings and has attended various General Assemblies of Federation of Belgian Chambers of Commerce and Belgium Luxembourg Chamber of Commerce Abroad (BLCCA).